How “Genuine” Is Your Leadership?

With the concept of leadership under public scrutiny from politicians to CEOs and beyond, the issue of genuine leadership, i.e. what it is, and how is it developed, still eludes many. Leaders are under pressure to reexamine the “who, what, where and why” of a moral basis in order to “embrace” genuine leadership.

1. All leadership must begin with self leadership.

• Self leadership is when a person is in touch with one’s innate sense of morality and can feel the moral component of a situation.

2. The spirit of any organization is created from the top, not the middle or the bottom.

• The “spirit” of any organization is its environment, not its culture. The question that needs to be asked is: are you, as a leader, more focused on setting the culture or the environment?

3. To realize, as a leader, that whatever you are devoted to, is who you become.

• What you believe, value and act upon, is what you become.

4. Leadership is about serving by building up your people.

• Leadership is not about you. It’s about what people do because you’re the leader.

5. As a leader your privileges and rights decrease as your responsibility and influence increase.

• The moral base of a leader needs to be other-focused, not self focused, so that it becomes your norm.

6. You make an impact in the world by making a difference in the lives of your people.

• Who you are as a leader, says so much more than what you say, as values are caught, not taught.

7. Leaders are driven by dreams and visions, not by the expectations or reprisals of others.

• Leaders need to know and communicate what is acceptable/not acceptable, what is negotiable/not negotiable that are in alignment to be more proactive in their leadership approach.

8. Leaders need to be compelled by truth not accolades of committees.

9. Leaders do the right thing, not the expected thing.

• Leaders need to do the right thing, at the right time for the right reason consistently. Here’s the bottom line: Standing up for values is the DEFINING feature of being a genuine leader. 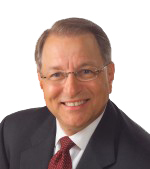 About the speaker All speakers
Bucaro articles