The Center’s mission is to provide a leading stage for Russian multinationals, multinationals and Russian companies to exchange best practices and know-how for their further advancement in business environment in the area of business ethics and compliance with applicable Russian and international laws. Also to create an educational and resource hub for business associations, organizations and educational entities to promote high ethical standards and principles of integrity. Promote compliance mechanisms to be implemented in line with the Russian federal law 273 Art. 13.3., FCPA and UKBA at Russian companies.

Objective is to promote integrity, business ethics and compliance in Russia through educational programs to foster high ethical standards in all applicable areas, collective actions and integrity pacts with a wide outreach and involvement of multiple stakeholders in the Center’s initiatives. 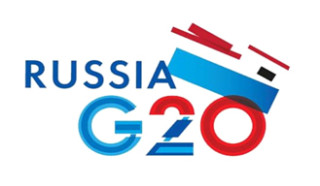 The G20’s objective is to come up with policies that make markets in the world safe.

As a forum for both the richest and the emerging market countries the G20 offers a platform to discuss global economic issues and governance.

Nowadays the G20 brings together heads of state or government from 19 countries plus the European Union, which is represented by the President of the European Council and by Head of the European Central Bank. 19 countries include: Argentina, Australia, Brazil, Canada, China, France, Germany, India, Indonesia, Italy, Japan, the Republic of Korea, Mexico, Russia, Saudi Arabia, South Africa, Turkey, the United Kingdom, the United States of America.

The G20 economies account for 90% of global output and 80% of world trade.

This year the hosting venue was the Constantine Palace in Saint Petersburg, Russia 5-6 September 2013 and the topics scheduled for discussion include economic growth, job creation, banking transparency and fighting tax evasion. Russian President Vladimir Putin in his opening speech praised the work done by G20 since the financial crisis of 2008-2009, saying, «today, the most pressing (economic) problems that were identified have been resoved or are under control.»

The objectives of the G20 refer to: 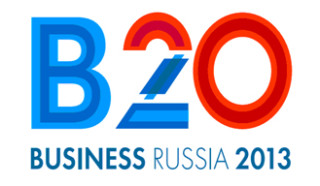 Business 20 (B20) is an informal network of business associations, collaborating in order to maintain a continuous dialogue between the business community, G20 governments, and relevant international institutions.

At a respective national level, the B20 members are the recognized leaders, the most important ones able to maintain a permanent dialogue with the relevant authorities and to mobilize the private sector forces to contribute to the success of G20 efforts.

The approach to organising B20 activities has varied to some degree between different host years and continues to evolve. Participants in B20 activities have included business associations, CEOs and senior executives from companies across a broad spectrum of sectors, and expert organizations.

The main mission of B20 is to contribute to the development of a stable, sustainable and equitable world economic growth stimulating creation of jobs, to represent the interests of the national business communities in the dialogue with G20, and to ensure that the recommendations of the business community are reflected in the decisions of the G20 leaders and their subsequent implementation.

Key objectives of B20:

B20 Task Force Transparency and Anti-Corruption 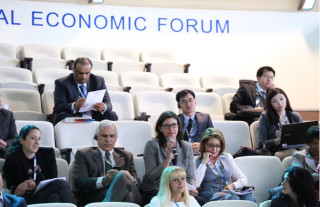 Task Force is setting the main objectives: to involve more companies and business associations from the BRICS countries, including Russia; to raise awareness of the B20 and the work of the Task Force beyond its immediate participants; to institutionalise aspects of the B20/G20 relationship and the B20 Task Force itself in order to ensure continuity beyond 2013 and a smooth transition to the Presidency of Australia.

The members of Task Force can’t be satisfied with just producing documents and making recommendations – business, working closely with government, should have the more ambitious goal of achieving measurable impact on the ground, in G20 countries and beyond.

Among important Work streams of B20 Task Force is the goal of promoting, extending and implementing Collective Action initiatives.

This Work stream will focus on the implementation of the Los Cabos recommendation to create a «Collective Action Hub» which could be operational by the end of 2013. Leader: Lee Tashjian (Fluor). WS members: Sabine Zindera (Siemens), Gretta Fenner (Basel Institute of Governance), Massimo Montovani (ENI)

Key priorities of the Transparency and Anticorruption Task Force

What is B20 trying to achieve?

B20 recommendations for G20 on anti-corruption are focussed on providing incentives for companies to prevent corruption, creating a G20-B20 joint platform to promote education on ethics and business integrity at all levels of public and private education. B20 also produced two recommendations on recognition of public leaders in fighting corruption and enforcement of international anti-corruption conventions’ implementation which were reflected in G20 decisions.

The other four recommendations focussed on incentives for business to combat corruption, ie certifying and self-reporting by companies on their anti-corruption activities and making the adoption of such practices a condition for participating in public tenders.

B20 reiterated its commitment to strengthen transparency of public procurement. Also the recommendation on raising awareness of the risks of corruption through «anti-corruption training programs tailored to SMEs«.