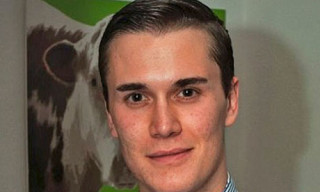 Calls have been made for an overhaul of the long-hours culture among young staff working for banks in the City of London after the death of a «dedicated» German student who had won a sought-after placement at Bank of America Merrill Lynch.

Moritz Erhardt, 21, had won a place as a summer intern at the London city offices of the US bank and was nearing the end of his placement when he was found dead in the shower at his temporary accommodation in east London by ambulance services on 15 August.

Merrill Lynch did not comment on the length of Erhardt’s working hours, and also declined to comment on whether interns – who are understood to be paid £45,000 pro rata – are routinely made to work longer than 12-hour days.

A fellow intern at the bank described the aspiring student as a «superstar», adding: «He worked very hard and was very focused. We typically work 15 hours a day or more and you would not find a harder worker than him.» He told the Evening Standard: «He seemed a lovely guy and was very popular with everyone. He was tipped for greatness.»

According to his biography on the social media platform Seelio, Erhardt said he was naturally inquisitive and had previously stated that he’d undertaken work experience at Morgan Stanley, and Deutsche Bank, Corporate Finance Division
An inquest is yet to be opened and it is understood that a pathologist is undertaking a toxicology examination before filing a report as to the possible cause of death.

Scotland Yard said they were not treating the death as suspicious.

It is believed that representatives from Merrill Lynch have been in touch with Erhardt’s parents, who are from Staufen im Breisgau in south-west Germany.

In a statement, the bank said Erhardt was «popular among his peers and was a highly diligent intern at our company with a promising future».

«Our first thoughts are with his family and we send our condolences to them at this difficult time.»

Ben Lyons, co-director of Intern Aware, a charity campaigning against unpaid internships, said: «I think that what is very important is that HR professionals, and particularly those in the City, ensure that young people are being cared for and their needs are closely monitored.»

Chris Roebuck, a visiting professor of leadership at Cass business school who has held senior HR roles at international banks, told the Financial Times that the overworking of junior employees was an increasing problem in the City.

«For reasons related to an individual’s ambition or the current employment market, people are pretty desperate to get jobs,» he said.

«Some employers are exploiting that fact, pushing people past the point where it makes sense for their health or from a business perspective.»

A source from the organisation FinanceInterns, which gives advice to students and graduates entering the industry, described the average workload as slavish and said the organisation would be pushing for an independent body «to give a voice to the young people in the finance industry» and ensure that such punishing practices stopped.

A spokesperson from the organisation said that applicants were highly unlikely to make it through to the final round but that once selected for an internship horror stories about working practices within the industry were unlikely to put them off.
«Once a student has come to us, they’ve already made up their mind they want to work in banking so the horror stories… [don’t] put them off.

«Three all-nighters in a row, eight all-nighters: if someone’s in single digits for all-nighters, they’re one of the lucky ones.»
The spokesperson added that while the rewards for interns were dazzling and included personal American town cars and expenses paid excursions to nightclubs it was ultimately a facade.

«It’s a glamorous, high octane facade but when you’re working it’s 12 weeks of 24 hrs. Six and a half days is standard. You will go in at the weekend, you might get a Sunday afternoon off.»

The spokesperson added that a culture extreme working hours was mainly restricted to a select number of finance division such as mergers and acquisitions but said that «it’s even more competitive than it’s ever been».

They added: «[If] you’ve got that far, you want to convert from an intern to a full-time role so you will fit in and do what’s expected of you.»

John McIvor at Merrill Lynch said he would not comment on the hours interns worked. «We take on interns through the summer, the principle reason is – we believe – a great opportunity for the interns to get to know us as an organisation better and for us to get to know the interns as well,» he said.

«It’s a very important part of our recruitment programme. So a lot of the people we will ultimately recruit as junior bankers … will come from the summer intern programme … It’s better than conducting face-to-face interviews.

«So it’s very much in our interest that people have a positive experience during any internship that they have. That’s why when they are with us, we put a lot of resource behind it.»

He added that interns were given plenty of support including mentors, a line manager and a full HR team «to take care of any concerns».