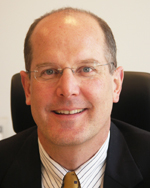 Richard Ames began his career as a geologist for Amoco in 1981 after receiving BS and MS Degrees in Geology from Duke University and The University of Georgia respectively. Through the 1980s, he served in a variety of exploration and production roles in the US and internationally, working in New Orleans, Houston and The Hague.

In 1990, Ames started working on the Former Soviet Union evaluating exploration and production opportunities in West Siberia and the Caspian Sea. Based in Moscow from 1994-1996, he was Director of Business Development responsible for expanding Amoco’s upstream portfolio in Russia.

Returning to Houston in 1997, Ames was appointed Vice President of Amoco Eurasia Petroleum Company and was responsible for upstream activities in Russia and Kazakhstan. Following the BP-Amoco merger, he served as Director of IT for BP Alaska and Director of Projects for BP’s worldwide IT organization.

Ames dedicated a lot of his time to fostering higher ethical standards and integrity by working with Russian vendors and curbing corruption in IT sector. He has served as Vice President of World without Corruption International Alliance (Belgium) to promote best practices in anti-corruption compliance globally.

Ames created Castine Consulting Company in 2011 and now consults for leading companies in the Russian market. 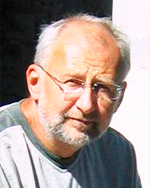 The key areas of experience:

• Organization of surveys and interviewing

Main (non-mathematical) publications (all co-authored except for the last one):

• Reform of an Economic Mechanism: Reality of Outlined Transformations. — Novosibirsk, 1987

Graduate (1974) and postgraduate (1978) degree of the Department of Economics, Moscow State University,
PhD (mathematics) of the Computer Center, USSR Academy of Sciences (1981),

• 1982-end 1980s: taking part in development of a new understanding of the Soviet economy and creation of a professional community who eventually played the key role in Russian reforms of the 1990-ies