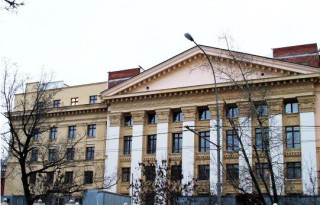 International University in Moscow (IUM) is the first private University in Russia, which has become one of the leaders in the system of higher education. It was founded in 1991 as a new type of educational institution which, while financially and legally independent, is state accredited. Its BBA and MBA programs are also accredited by the European Council for Business Education. The University is also associated with the United Nations Department of Public Information Committee on Non-governmental organizations.

In August 1991, President of the USSR Mikhail Gorbachev and President of the USA George Bush, Sr. launched a joint educational project — Soviet-American University, which later in the documents signed by the first Russian President Boris Yeltsin was named International University in Moscow.

President of the University — Gavriil Kh. Popov is a well-known Russian economist, a prominent politician, and the first Mayor of Moscow. Rector of the University — Sergey N. Krasavchenko is a renowned economist and politician, 1990-1999 member of the Presidium of the Supreme Council of the Russian Federation, first deputy head of the presidential administration and adviser to the Russian President.

The University has established a system of undergraduate and graduate school education where all the programs share common goals and priorities of specific curricula. This system, therefore, opens with the Lyceum for high-school seniors, which prepares them for entering the University, and runs up to the Graduate and Doctoral Schools for those who choose to continue their studies after receiving their Bachelor’s Degree.

International University in Moscow has a unique tradition to start every term with VIP lectures delivered by famous politicians, prominent scientists and scholars, well-known writers and artists, successful businessmen and public figures. Among them there were President Mikhail Gorbachev, Mayor of Moscow Yuri Luzhkov, Russian Ministers and Members of the Russian Parliament, Ambassadors of the USA Alexander Vershbow, Ambassador of Germany Dr. Hanss-Friedrich von Ploetz, Ambassador of the UK Anthony Brenton, Ambassador of Peoples Republic of China Lyu Gutchan, and many others. The lectures are intended not only to educate lissteners but to provide them with an opportunity to meet people who are forming the current epoch, develop, political, and economic tendencies.

The University resides in an academic complex of prestigious buildings and hotels. The IUM has two campuses: the main one with headquarters is located in the center of Moscow and the other one is in Kuntsevo (2 km west from Moscow-city) in an attractive setting outside of the Moscow Region. There are two libraries with an extensive collection of more than 150,000 items, and a modern sports complex covering 2,000 square meters. The University is substantially computerized and web-linked.

The University has several branches in Russia: in St. Petersburg, Kaliningrad, Samara, and Krasnodar; and representative offices in Bulgaria and Czeck Republic. Actually, these branches are independent higher education institutions which use the IUM curriccula and receive assistance in implementing the newest teaching techniques. Faculty members from IUM often visit these branches as guest speakers. 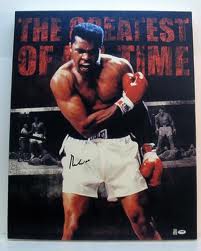